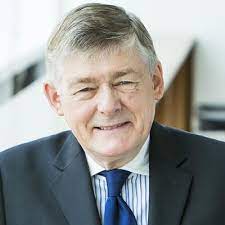 Scientia Professor of Marketing in the UNSW Business School,

John has thirteen years senior management experience as a market research manager, marketing operations manager, and marketing director.  He has extensive consulting and executive coaching experience and the company that he founded, Marketing Insights Pty Ltd, became a regional leader in marketing strategy advice.  It is now a part of Nielsen Research, the world’s largest market research and analysis firm.  John has consulted for many diverse international companies including IBM, Unilever, Buick Motors, BMW, MobiCom, and QANTAS.  He undertook the internal brand analysis for Accenture on a worldwide basis from 1998 to 2008. From 2003 to 2009 he was an Academic Trustee of the Marketing Science Institute; the world’s top international industry-academic liaison body (based in Cambridge, Ma.). He currently sits on the Advisory Boards of the Chief Marketing Officer Council (in Palo Alto), Market Share (in Los Angeles), the Brand Management Institute (in Hamburg), and the Centre for Advanced International Marketing (in Tilburg).

John was Visiting Professor at Stanford University from 1995 to 2002 and Professor of Marketing at the London Business School from 2003 to 2014 and Australian National University from 2009 to 2013.  He has visited at M.I.T., the University of Hamburg and HKUST.  At the Australian Graduate School of Management he received the Distinguished Teacher and Distinguished Researcher Awards. At the London Business School he was Runner Up in the EMBA Best Teacher Award.  John is a Fellow of the Australian Academy of Social Sciences, the Royal Society of New South Wales, Australian Market and Social Research Society, Australian Marketing Institute, and Australia and New Zealand Academy of Marketing.  In 2011, he was awarded the Australian Marketing Institute’s Sir Charles McGrath Award, for lifetime contributions to marketing.